Castlegar, BC – Local Castlegar resident Dave Blancher is no stranger to supporting his local community or country; having served in the Canadian Armed Forces for just over 20 years between 1989 to 2009, he now works as a Primary Care Paramedic (PCP) for the BC Ambulance Service.  Now he can add a new item to his list of accomplishments after being sworn in as an Officer Cadet for the Castlegar Air Cadets.

Capt. Gerry Rempel, the commanding officer of the 581 Squadron, swore in his new officer on November 19th, during a regular parade night for the Air Cadets.  “I’ve known Dave for just over 8 years, starting when he and I were both involved with St John Ambulance.” said Capt. Rempel, “He will be an important addition to our Squadron and we are lucky to have him.”

As an Officer Cadet, Dave is now a member of the Cadet Instructors Cadre branch of the Canadian Armed Forces.  His primary duty will be as the assistance supply officer and instructing Cadets.  “Before I joined the regular forces, I was with the Nelson squadron for 4 years.  It really helped prepare me for a life in the armed forces” said OC Dave Blancher.

Cadet Instructors Cadre (CIC) consists of specially trained part-time members of the Canadian Forces. CIC officers are responsible for cadet training, supervision and administration; and are an important piece of the puzzle when it comes to the Cadet program.

“We are always looking for new volunteers to join and help support this great program.” said Capt. Rempel.  “Without Officers and the volunteers who run our Squadron Sponsoring Committee we couldn’t have a Cadet squadron here in Castlegar.  Individuals donate large amounts of time and it shows in how successful out Cadet Program has been.”

If you are interested in volunteering with the Castlegar Air Cadets either as an Officer or volunteer you can visit their Facebook page at www.facebook.com/CastlegarCadets or their website at 581castlegaraircadets.ca for more information. 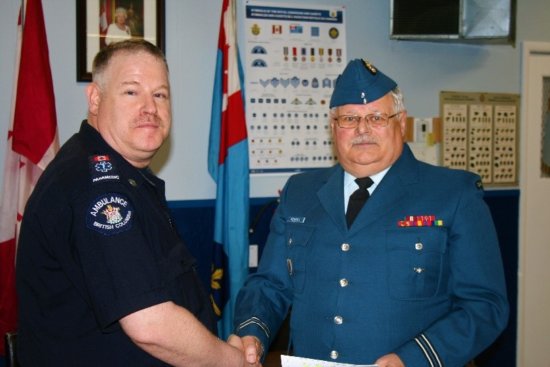 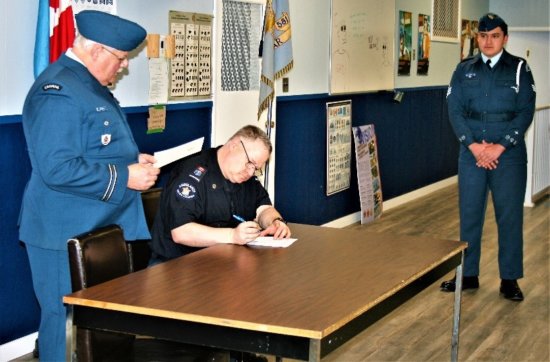