Putting the Air back in to Air Cadets

Trail, BC – Despite some grey cloudy weather and a few rain drops the Cadets from the local Castlegar Air Cadet squadron 581 made the trip to The Trail Regional Airport to take to the skies on the morning of September 8, 2019.

Crew members CI Howard Grantham, Capt. Craig Ralph, Capt. Kim Hoath and 2nd Lt Andrew Stoney from the Regional Gliding School based out of Oliver and Major Kevin DeBiasio from Trail, BC were on hand to talk with cadets and teach them about gliding operations.

“Gliding is fun and filled with potential opportunities such as glider courses at summer camps. If you aren’t as interested in gliding you can also take a course on an actual pilot’s license course making it a potential career choice as well.” said F/Sgt. Dylan Hastie who has been a cadet for 4 years when asked what he thought about gliding.

The glider, a Schweizer model SGS 2-33A, weighs in at just over 450 kgs, can carry a pilot and a passenger to altitudes greater than 1200 meters.

In addition to taking part in gliding days like these, the Castlegar Air Cadets has 6 flight simulators available for Cadet use.  “Cadets can participate in flight simulator training to earn their flight sim badge.” said Hue Anderson a former cadet whose passion for the cadet program has him earned him a spot as a volunteer instructor.  Cadets can also earn credits towards high school graduation and even earn a pay check when attending various Cadet Training Centres (CTCs) during summer months.

The 581 Squadron of the Royal Canadian Air Cadets meets every Tuesday night at 6:00 pm at the Air Cadet hall in Castlegar.  The squadron is always opening to welcoming new cadets who are between the ages of 12 and 18. Adults who would like to volunteer with squadron are also welcome. 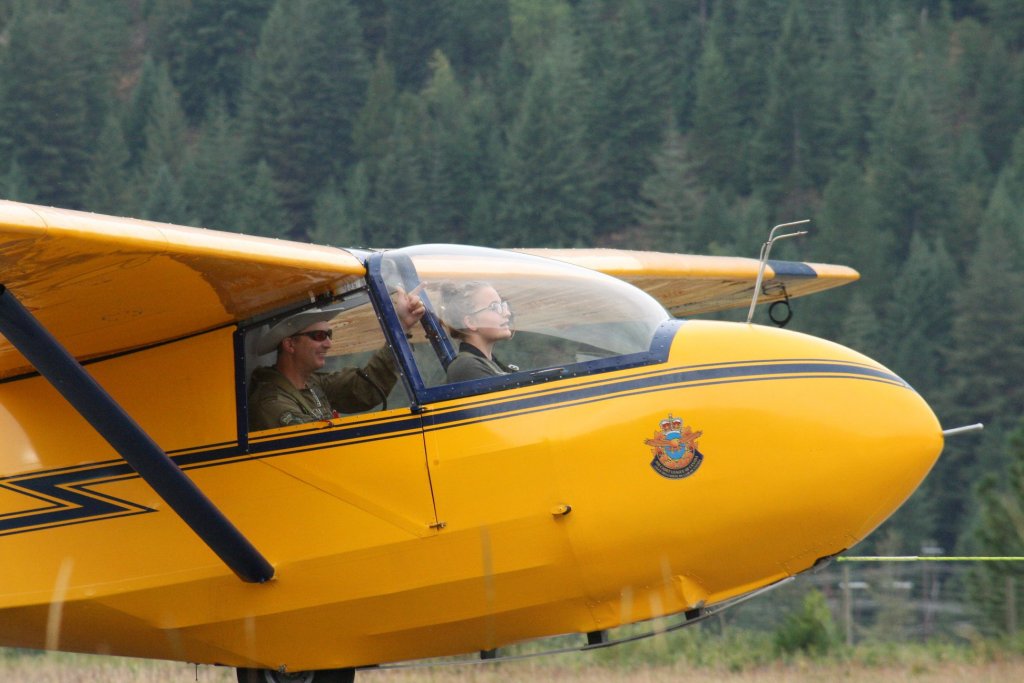 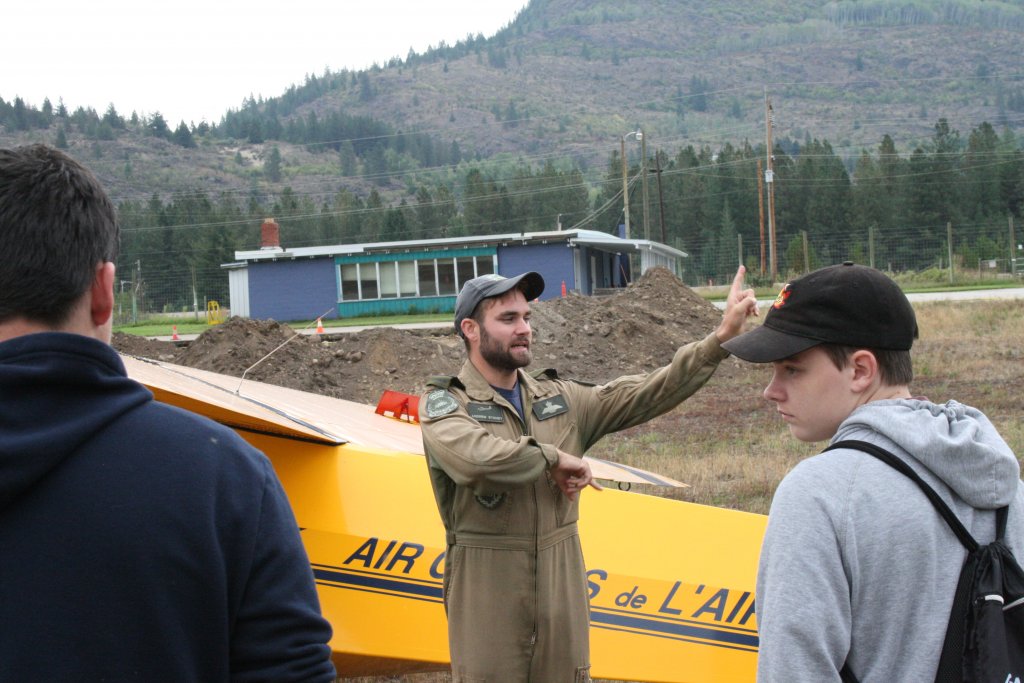 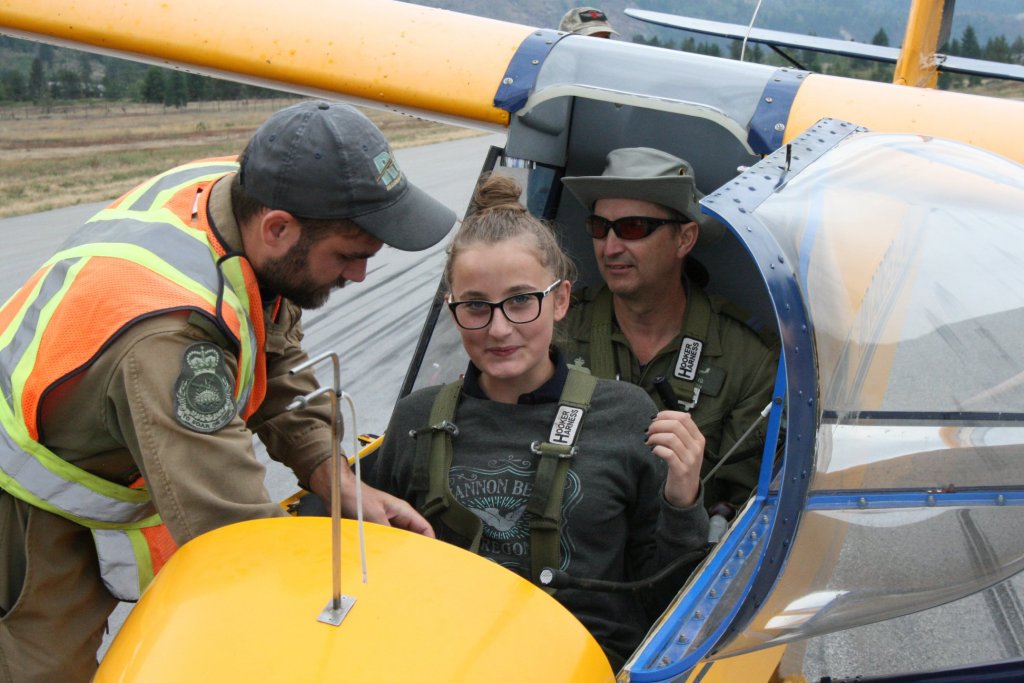